Omar Gamez was born in Mexico city, Mexico in 1975. He has a bachelors degree in Communications and a master in Visual Arts. He has participated in more than 25 group shows in Mexico, from which the following stand out: “Creation in Movement” at the Central Gallery of the National Center for the Arts, Mexico City, 2005; “X and XI Biennale of Photography” at the Centro de la Imagen, Mexico City, 2002 and 2004; “Equations of Lotka-Volterra” in the National Chamber of the Arts Industry (CANAIA), 2004. He has received support from the Culture Department of Mexico City on their “Artes por todas partes” (Art everywhere) program in 2005; He also received the 2003-2004 and 2005-2006 grants “Jovenes Creadores” (Young creators) awarded by the National Fund for Culture and Arts (FONCA) and he was given a scholarship to study his master degree at the San Carlos Academy in 2000. 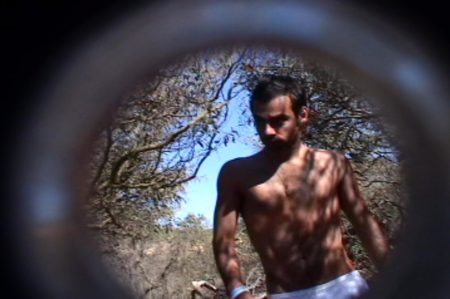