Thorsten Fleisch was born 1972 in Koblenz (Germany). He made his first film experiments with his dad’s Super 8 camera when still in school. Later he studied experimental film with Prof. Peter Kubelka at the Städelschule in Frankfurt. Thorsten Fleisch works with digital and analogue film. With materials such as the body, crystals, fire and electricity, he worked directly on 16 mm film strips. Crystals are grown on the film and 30,000 volts burn through photo paper. The results are poetic and abstract visual systems with references to catharsis, cosmos and the universe. In 2003 Fleisch received an Honorary Mention at Prix Ars Electronica in Linz (Austria) for his computer animated film Gestalt. High voltage is the centre of his work Energie! for which he has won international acclaim. He created commissioned work for Gaspar Noé and Basement Jaxx among others. His films received several awards and were shown at festivals worldwide like: New York Film Festival, Ars Electronica, Transmediale, Ottawa International Animation Festival, Clermont-Ferrand Short Film Festival, International Film Festival Rotterdam, San Francisco Film Festival, Videoex. He lives and works in Berlin and is now working on his first video game for mobile and Nintendo Wii-U called ‘Teslapunk’. 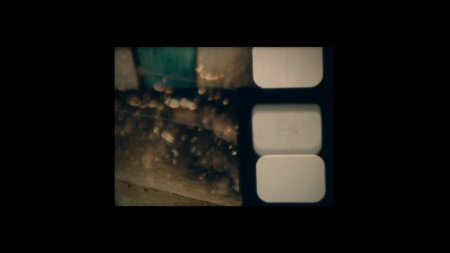