Gymkhana studied philosophy at university. He chose then to focus on concrete music and integrated the Paris Conservatory. Considering the music as a visual art, it starts multimedia collaborations: Vincent Ravalec, Mike Ladd and then finally François Wunschel will cross his path. He joined Exyzt collective and finally 1024. They ‘ve created together the performative trilogy “Euphoria, Crisis, Recession” among other art installation and inaugural video mapping. François Wunschel is an architect and computer programmer, François launched his career in the visual industry by designing his own arcade game at 13 years. He ‘ll be later co-founder of Exyzt collective. Leading Madmapper and Madframework development, François aka Frz is always pushing the boundaries of realtime graphic tools. 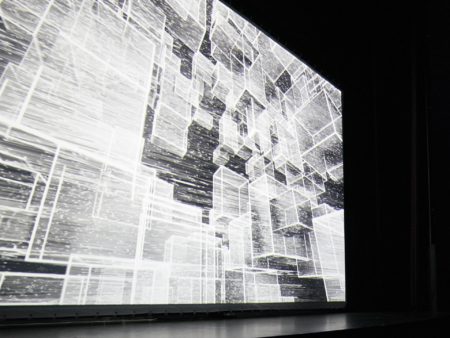