Vasilis Evdokias began his professional career in October 1989, lying in an incubator of Agia Paraskevi’s maternity hospital. In his early years, he drew Power Rangers and TMNT and woke up at dawn every weekend just to watch Dragon Ball, Gargoyles, Thunder Cats and whatever motion images he could find. He’s been living in Ermoupolis, Syros for the past five years, where he studies at the Department of Product and Systems Design Engineering of the University of the Aegean. From illustration and comics to animation and music he tries to exploit, anyway he can, his ability to create images from his mind. In his free time, he illustrates for the free press Serious magazine, plays music whenever, wherever he can and sketches wherever and whatever he sees. His works have been exhibited in festivals and exhibitions, of local and national scale. 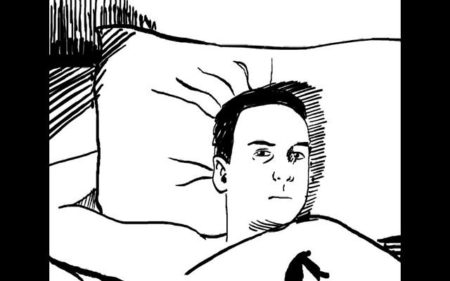