Karen Eliot is a name that refers to an individual human being who can be anyone. When one becomes Karen Eliot, then one’s previous existence consists of the acts other people have undertaken using that name. In 1985 Karen Eliot was not born, s/he was materialized from social forces, constructed as a means of entering the shifting terrain that circumscribes the ‘individual’ and society. This specific Karen Eliot works on issues of surveillance, power and group dynamics, using the Internet as an artistic tool. Karen Eliot has exhibited Transmediale Festival in Berlin. 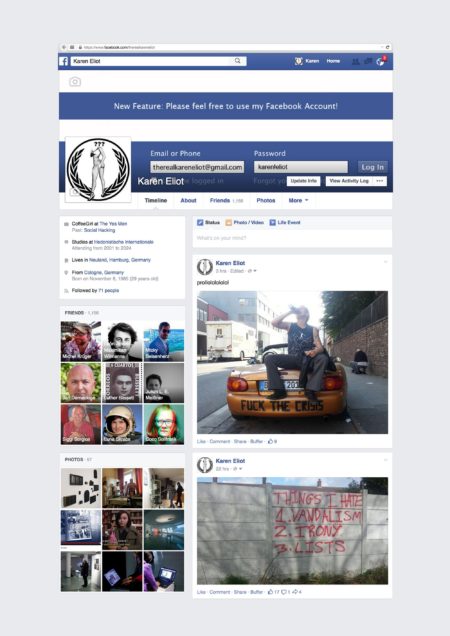