Myrto Vounatsou born in Athens in 1998 and Stelios Dexis in Thessaloniki in 1961. In 1998-2000 they had a Master’s Course in Digital Art at the Athens School of Fine Arts with the collaboration of National Technical University of Athens. They studied painting at the School of Fine Arts, Myrto in Athens (1992-1998) and Stelios in Thessaloniki (1984-1989). Stelios is working in Secondary Education as Art Teacher and Myrto teaches video and digital photography and also both of them are working as Teachers of Multimedia in Private Audiovisual Schools. They have been working together since 1998. Significant Exhibitions They had a solo exhibition in Unlimited Contemporary Art Gallery (Athens 2001). Their work has appeared on the Greek National Television Channel in the free video-art zone (NET, 2000), and has appeared as well as real time on the web, at www.filmfestival.gr, as part of the 43o International Film Thessaloniki Festival, e-magic:Internet Media (side bar event) (November 2002). Other Significant group exhibitions are: “1? National Festival of Digital Art INTRO OUT” in Milos Club (Thessaloniki, 2005) , “6th National Panorama of Independent Film and Video Artists” (Thessaloniki, 2004), “Strange Screen”- Audiovisual Festival in Moni Lazariston (Thessaloniki, 2002), “Month of Art-?echnopolis” in Gazi (Athens, 2001) (Cat), “International Festival Sarajevo”-Sarajevo Winter-Video Project “Call Me Sarajevo” in the Museum of Sarajevo Assassination (CD Cat) (Sarajevo, 2001), “Recontres Video”- Imagepassages , Annecy, (France 2001), “4th Festival for Young Video Artists” in Milos, Thessaloniki (2000), “Germination 9”, Bienalle for Young Artists, in Tutesaal-Luxembourg, in Villa Arson-Nice, in Castle Prague- Prague, (Cat. text E.Tsigou) (1996-97). 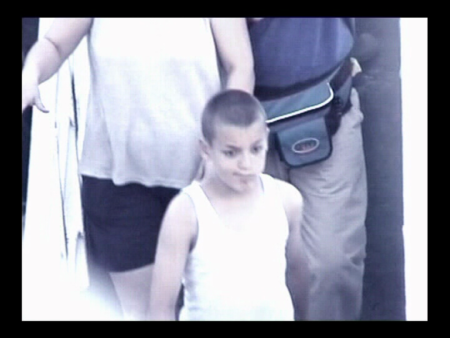