Paulo Alexandre Baptista d’Alva was born in Avanca in 1980.
He has a Degree in Fine Arts at ESAP -Oporto Artistic School and a Master degree of Visual Arts Teaching at Aveiro University, Portugal.
He began his career in as animator in 1995 at studios of Cineclube de Avanca. In 1996 he participated as an animator and co-director on the series “Alfredo” (displayed in the SIC during the year 1998, sold for TVs from 27 countries). Between 1997 and 2001 participated in several short animated films. In 1997 he held his first short film, entitled “A Noite Cheirava Mal”, participating in more than one hundred national and international festivals grossing a total of 11 awards, highlighting the Grand Prize and First Prize GOLD film festival “10 International Juvenale Klagenfurt “Austria 99.
Founding member of the Panoramica Cinema Association in Ovar, where he was responsible for the animation film studio, performing various ateliers and workshops animated film. He participated in 2006 in the short animated film “A meio da Noite,” and maintains a continuous activity as a trainer in the area of fine arts, in addition to the realization of advertising spots, animatics television and video educational animation. Since 2011, he collaborates as director and animator in the “Bando a Parte” animation studios. 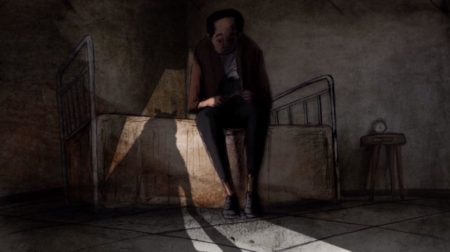