Christina Jane Gangos is an independent documentary filmmaker based in Limerick, Ireland and Athens, Greece. She studied journalism and history in Athens and then went on to do a Master’s in Documentary by Practice at Royal Holloway, University of London. Her work has been exhibited in different forms: from video installation Sundance to experimental documentaries like Attache and HAMMER TO BELL. Christina has been awarded the Arts Council New York award as well as the Create award for Community Arts and completion funding through the Irish Film Board. Her film have shown at the National Portrait Gallery in London, Center Pompidou In Paris, Gate theater London, IFI Dublin and various major festivals. She is currently funded through the Arts Council through the Project and Bursary award and the Irish Film Board through Development funding. Her works aim to capture everyday moments and processes, inundated with the ability to disclose reality to the patient viewer. Stripping layer by layer of social representation and dιcor by elongating time to its normal length, her works in film are documents of bare living. 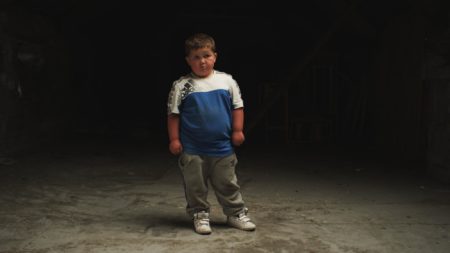