Natalia C. A. Freitas was born in Belo Horizonte, Brazil. From 2005 – 2009 she received her Bachelor’s degree in Fine Arts and Animation. During this time she has produced her own short films and worked in TV and film companies as an animator and 3D generalist. Her short film Cafeka has participated in many festivals worldwide, among others Anima Mundi. From October 2012 to March 2015 she studied at the Institute of Animation, “Filmakademie Baden – Württemberg”. She supported numerous projects with 3D Modeling and Texturing. Her graduation film Electrofly however, was dedicated to 2D animation once again. 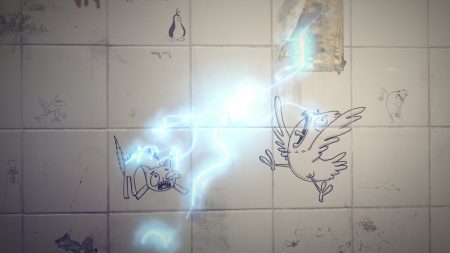