Kelly Doley, Kate Blackmore, Fran Barrett and Diana Smith have been working collaboratively as Brown Council since they met at the college of Fine Arts in 2004. Their video and performance works have been shown in numerous galleries, festivals and theatrical settings including Performance space , Pact Theatre and most recently their video installation Love & Death in 8 Minutes was shown at First draft Gallery. Their own work will also be included in the upcoming Runway publication  DVD series Romance. They were recently awarded the Write in your Face Initiative from Australia Council of the Arts to develop a new work for the National Young Writers Festival at T.I.N.A. They also received a New Work Grant from Australia Council of the Arts to develop a full-length hybrid performance work that will tour to the Next Wave Festival in Melbourne. In 2008 they will complete a six-week residency at the Art space gunnery studios to develop a new series of video performance works. 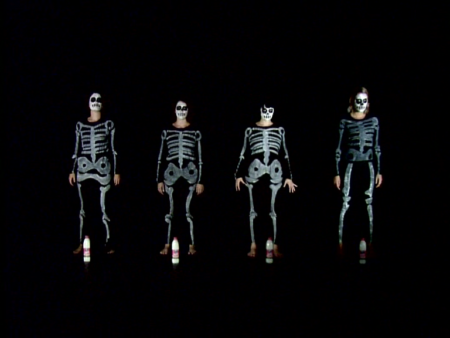