In between visual and generative experimentation, interactive experience and
tangible media. Bonjour conceptualizes and realizes interactive and connected
devices combining graphic, numeric and sound conception.
Our team is composed of designers and developers.

Jean Philippe Jacquot [Interactive Sound Designer]
Engineer in Communication and Marketing, Jean-philippe is also specialized in Front-End development Working as a DJ in Berlin for years, he co-founded the musical label “No One Cares” and the Minimal-Arts festival. After his come back to Paris he started working as a Sound Designer as well as a Front-End developer for Elegangz and for Fighting Fish Co-founder of Bonjour Interactive Lab, he is in charge of the sound design and interactive creation. 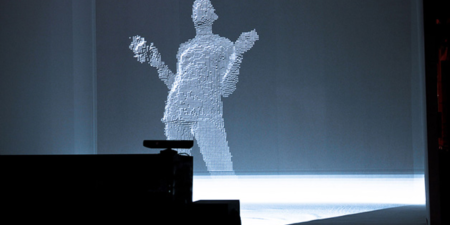