Spiros Bertsatos (choreographer) received his dance training at the State School of Dance and graduated from the Dunkan Centre for Dance Studies in Athens, Greece. Spiros danced professionally and toured in intemational festivals abroad with Oktana Dance Theatre and Dance Theatre of Northem Greece, two of Greece’s leading contemporary dance-companies under the direction of Konstantinos Rigos. Spiros was also a performer and a member of the choreography team in the Opening and Closing Ceremonies of Athens 0lympic Games directed by Dimitris Papaioannou, 2004. In 1996, Spiros established his own Lydia Lithos Dance Theatre which produced two Video dance films and a full length dance drama in collaboration with Lila Zafiropoulou presented in the “Dromena 1996” Municipality of Athens Festival. His awards include the “Outstanding Performance Award” for a solo choreographed by Sofia Stergou at the Young Choreographers Competition, 1997 and the “Project Exchange” award for his “Nightmares” video dance thriller in 2003. “Nightmares” was presented in Athens and Thessaloniki’s film festivals, in Dance on Camera Festival, New York, 2003, in Napolidanza, 11 Coreografo Elettronico, Festival Intemazionate di Videodanza, Naples, Italy, 2004, in the Oxford Intemational Festival of Films in May, 2006 and in the West Camera Film Festival, Los Angeles, 2006. Spiros has performed in operas directed by Franco Jeffirelli at the Herodou Atticou theatre and by Panagis Pagoulatos at the Greek National Opera and has also participated in films, one of which was directed by John Madden. 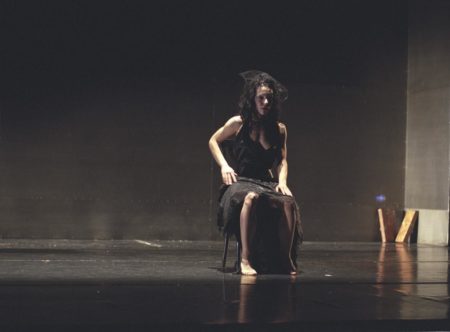