Rosana Sancin and Alenka Banic have been working under the pseudonyms of Piglet & Bucher Boy for the past 8 years. They are born in Maribor, Slovenia, which afterwards they define as The Pig’s Playground. In 1996 they invent The Kolektiff of Piglet & Bucher Boy which allows them to make noises and play within an invironment of a small eastern European city, and through which they realize several performances, “terrorist” actions, apartment art exhibitions, as well as an imaginary exhibition in Tate Modern, London… In 2000 they spread their network between Maribor-Ljubljana-Lisbon-London. They are currently living and working in Lisbon and London. 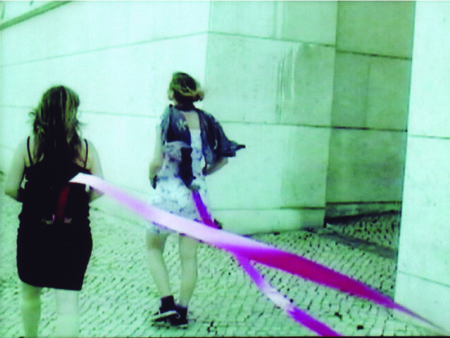 Contamination Of A Gallery