Azahara Cerezo graduated with a First Class BA Honours degree in Audiovisual Communication from the Autonomous University of Barcelona in 2010. In 2011, she graduated from the Polytechnic University of Valencia with a Master of Visual Arts and Multimedia. She has been an international artist-in-residence at Digital Arts Studios (Belfast) and has shown her works at the National Library (Buenos Aires), C arte C (Madrid), Derry-Londonderry UK City of Culture, Golden Thread Gallery (Belfast), among other places. She is one of the selected artists for this year art:screen program (Sweden), the Sala d’Art Jove (Barcelona) and also for the Region 0 the Latino Video Art Festival of New York. Besides, she is one of the video artists taking part in 9hundred, a project organized by Magmart Festival that gathers 100 video artists to explain the 20th century which will be exhibited at the Moscow Museum of Modern Art, Athens Video Art Festival, Krowswork (California, USA), Institut f?r alles m?gliche (Berlin), The Format (Milano). 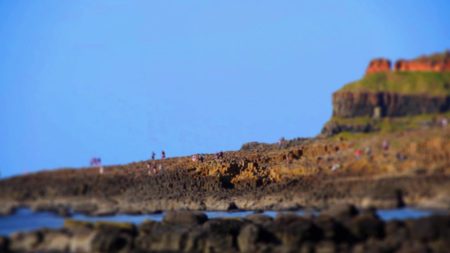