Avgousta was born and raised in Saint Petersburg, Russia and later moved to Athens, Greece. From a very early age she showed talent in drawing and painting and went on to attend several art schools. In 2003, she got accepted onto the University of Wolverhampton’s BA (hons) degree in Animation and so moved to the UK. Three years later, she graduated with a First Class Honours. After graduating she moved to London and spent a year working as a freelance animator on various projects including ‘The Beloved Ones’, Directed by Samantha Moore. From there she has worked as a Graphic Designer for Telemagination Ltd while preparing her portfolio to apply to the National Film and Television School where she was accepted in 2008. During the first year at school, she successfully completed two short films that have been shown in several film and animation festivals across Europe. One of the films ‘Dog’s Day Afternoon’ featured in an article about emerging talent in the acclaimed Computer Arts Magazine. She is now working as a junior animation director at Ludorum, on Children’s TV series Chuggington and developing short film ideas. 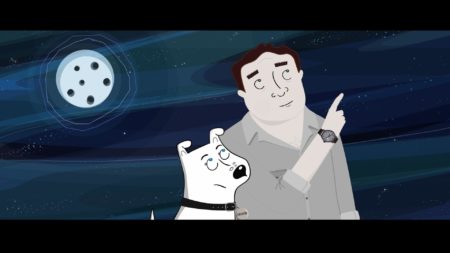