Pixels+fibre is a creative collaboration between Fiona Gavino and Myrto Angelouli in order to explore the possibilities of combining the ancient techniques of weaving with the contemporary arts of film and photography. Fiona Gavino with Australian, Filipino & Maori heritage is naturally interested in and influenced by working with the methodology of fusions. Her art practice thrives on the boundaries of existing paradigms; her artwork belongs neither to the world of textile art or basketry but more to the realm of sculpture. Myrto Angelouli (Australia/Greece) is an emerging artist with a background in interior architecture and film production and with a perpetual interest in ancient wisdom and traditional crafts. Angelouli’s background as a filmmaker combined with her new focus on video art and sculptural weaving, gives the team a strong and broad set of tools put to use for experimentation and expression of ideas. Through their artistic research, the artists have come to recognise that a digital image is built via patterned repetition in a similar way to a woven mat or basket, where small increments are placed side by side by side in order to build the whole. It is in this way the artists see a parallel between one of the world’s most ancient techniques and the relatively new arts of digital imagery. http://pixelsandfibre.com/ 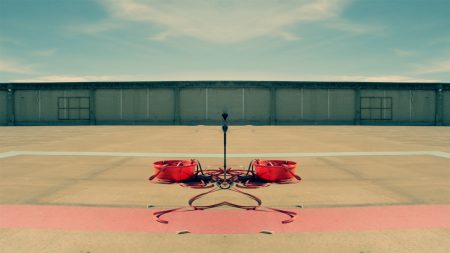