The Human Nature designed by Thanos Adamidis and Papadakis Thedoros in 2008, in Thessaloniki. Adamidis Thanos was born at 1978 in Thessaloniki, where he lives. From his beginning, he started working with music and illustration while he studied multimedia applications. In the course he Evolved his techniques at modern web design, music production and at recent years in 3D design and animation. He has participated as a vj-audiovisual artist in various events, clubs and festivals like pixeldance 2006. At the end of 2007 decided to promote the ideas of creating the company MediaPoint – web & multimedia studio. Papadakis Theodoros was born in Thessaloniki in 1981. From early dealt with street art and graffiti. In the process, he implemented his ideas in graphic design and music production. He studied in Milan, Italy graphic art direction and later taking part in exhibitions and competitions, winning printed in Milan. In recent years he has been living in Thessaloniki on working as a freelancer and planning for the foreseeable future. 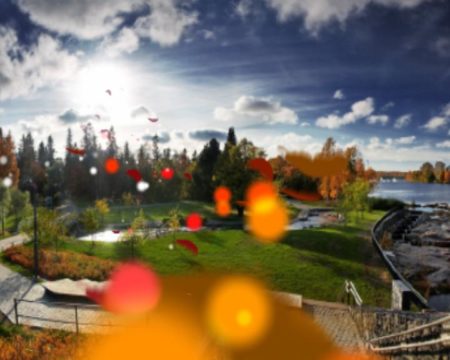